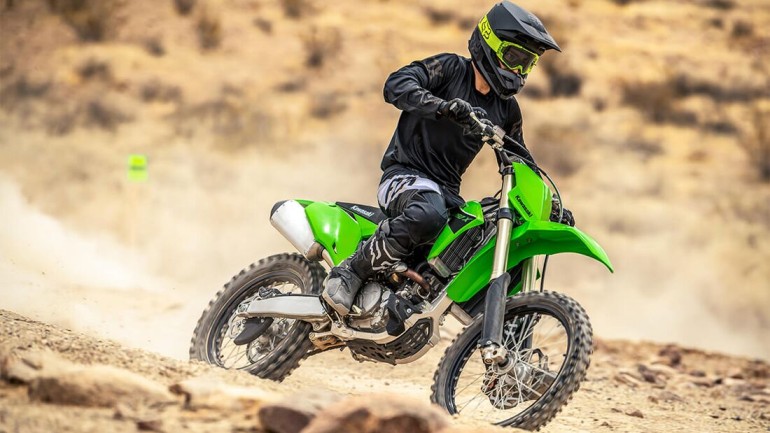 The new KX 250 is one of Kawasaki’s most important motocross motorcycles, according to the company. To emphasise this status, information for the 2023 model year were worked on, as well as data from the AMA Supercross and MX2 World Championships. The effect is most noticeable on the engine.

The performance of the 249 cc single-cylinder was noticeably altered. The four-stroke engine is believed to have gained 1.4 horsepower as a result of a redesigned cylinder head. Due to the smaller diameter of the plates, the input valves are closer to the intake tract and are spaced further apart. 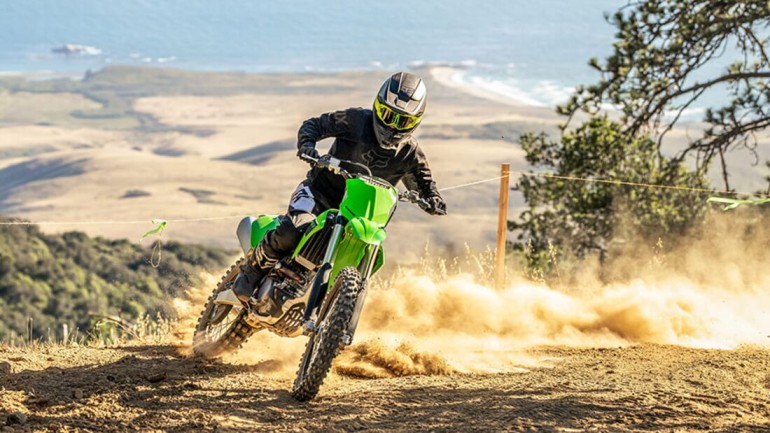 This should help the cylinder fill more quickly. The intake tract was straightened appropriately, the injectors were repositioned, and the throttle valve was increased to 44 millimetres (plus 1 millimeter). The Kawasaki KX 250’s larger manifold allows for higher torque, as evidenced by the different gear gradations in first and second gear. The ignition system is also new, as is the top speed, which is 350 rpm higher.

There is also more on the back tyre. It increases from 100/90-19 to 110/90-19, and it is supposed to provide better traction. The rear braking system with a 240 millimetre disc (-10 millimetres) and a spring strut with adjustable compression in high and low speeds are new. With a different amount of oil, the fork should dampen more. 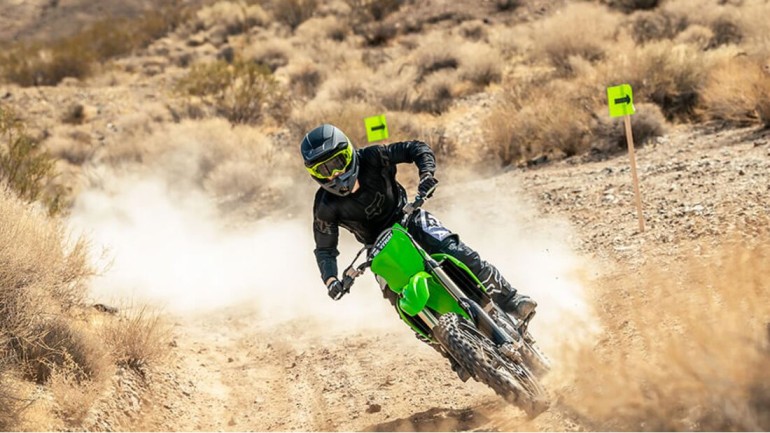 Riders also stand on wider (plus five millimetres) footrests that are three millimetres further back. The new Kawasaki KX 250’s ground clearance and seat height have both been increased by 10 millimetres to 345 and 960 millimetres, respectively. With the same tank capacity of 6.2 litres, the ready-to-drive weight climbs by 2.8 kilogrammes to 108 kilogrammes. Kawasaki has yet to announce a price.

Kawasaki has given the KX 250 a little facelift for 2023. The 250 4-strokes should stay competitive thanks to a new cylinder head that produces greater power and torque, as well as updated brakes and suspension.