Autonomous driving concept of motorcycles may look new But this technology will help make the bike look more modern. and will be able to control the speed including braking automatically This is an innovative new technology that will definitely help in driving in the future of automotive.

New technology that can provide semi-automatic driving that can be used to prevent or reduce accidents One of them is Honda, the drivetrain pioneer who is taking the next step in motorcycling, a breakthrough that Honda has offered, but may not be the first manufacturer to develop a system. this came up Currently there are also BMW, Ducati, KTM and Kawasaki that advance working on the adaptive cruise control. and radar warning systems supporting radar for motorcycles are constantly competing and developing this technology. 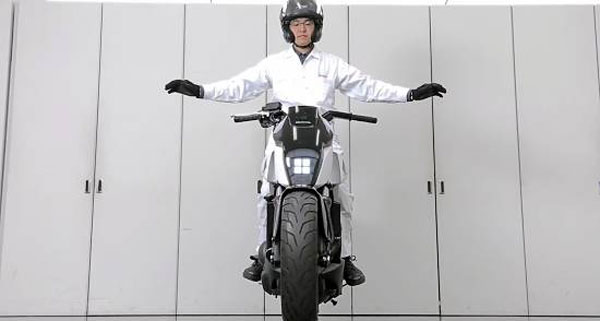 Over the past few years, Honda has dropped patent filings demonstrating that it will have a technology that allows for semi-autonomous driving. that has published another such document that shows how each system can work together The automaker has issued a patent showing that Honda is working on its radar technology right now, likely coming in models such as the Gold Wing and Africa Twin, based on the company’s Riding Assist and Riding Assist-e concepts.

It also revealed the stability control system that works well. which will work in tandem with automatic braking and acceleration control so that the motorcycle can automatically stabilize at low speeds even without the driver on board. The new patent, titled “Drive Assistance Device for a Saddle Riding Type Vehicle,” is equipped with cameras, radar and LiDAR to instantly create a 3D image of the environment. Track objects and other vehicles including surrounding objects or even foreign bodies that move around to watch out for danger which has a control “Magnetostrictive” that works in tandem with the Steering Servo Scanning System that can also contribute to stability and safety.

By these systems Much of it is being developed into concepts that are already being used in high-end bikes. To increase the ability to drive in a semi-automatic form. that will be more efficient in the future And continue with new models from the Honda camp that are ready to come out to see both new systems. That will definitely come in the future in the next few years from Honda.