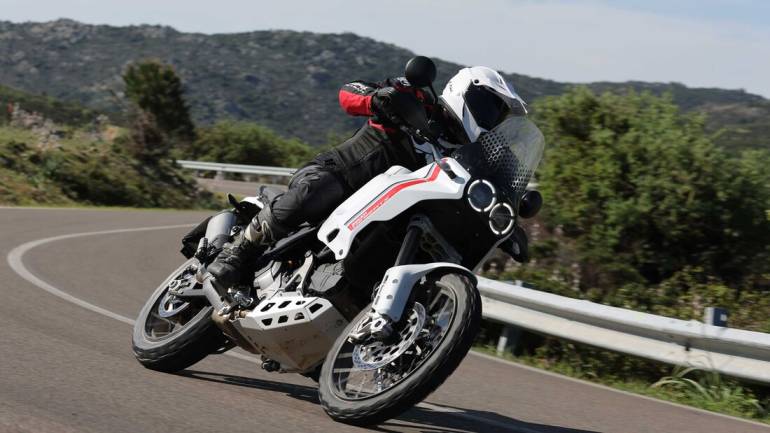 The numbers are self-explanatory: 21/18. For the first time since the 1960s, a Ducati with these wheel proportions is available, and nothing now more exemplifies the desire for true off-road use than a 21-inch front wheel with coarsely shaped tyres.

This raises questions about the tire’s true roadworthiness, because on asphalt, a narrow tyre with such a wide diameter tends to rise up on the brakes and provides minimal grip and feel for the front wheel. Then there’s the fact that this Ducati isn’t even available in red! So, what do we have in front of us?

The DesertX, with its white paint job, black speckles on the windscreen, and stunning twin headlights, harkens back to a Ducati past that, like the DesertX itself, is ambiguous. The cagiva elephant is a memory for those of us who are older. The Elefant, powered by a 900 Ducati V2 engine, won a race, and nothing makes Borgo Panigale happier than sporting victories. However, the 1990 Dakar champion was built in Varese, not Bologna. As a result, it isn’t a true Ducati in the strictest sense. Is the DesertX’s future in jeopardy as a result of this fate? 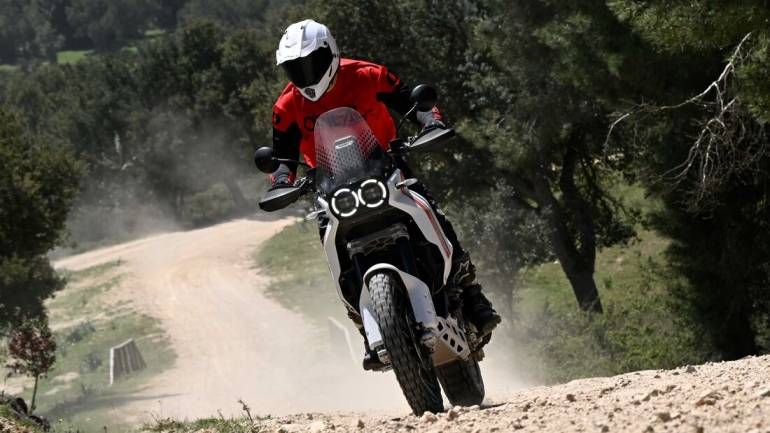 In order to get the dirt out of the dirt

The DesertX’s development began in the dirt. The whole chassis, including the front with steering head angle, caster, front and rear suspension travel, and ergonomics, was designed specifically for off-road use before being integrated in prototypes. When the engineers declared this to be a success, the concept was “educated” for the streets. For the casual observer, the stylish Brembo Stylema brake callipers may be the first indication of this. 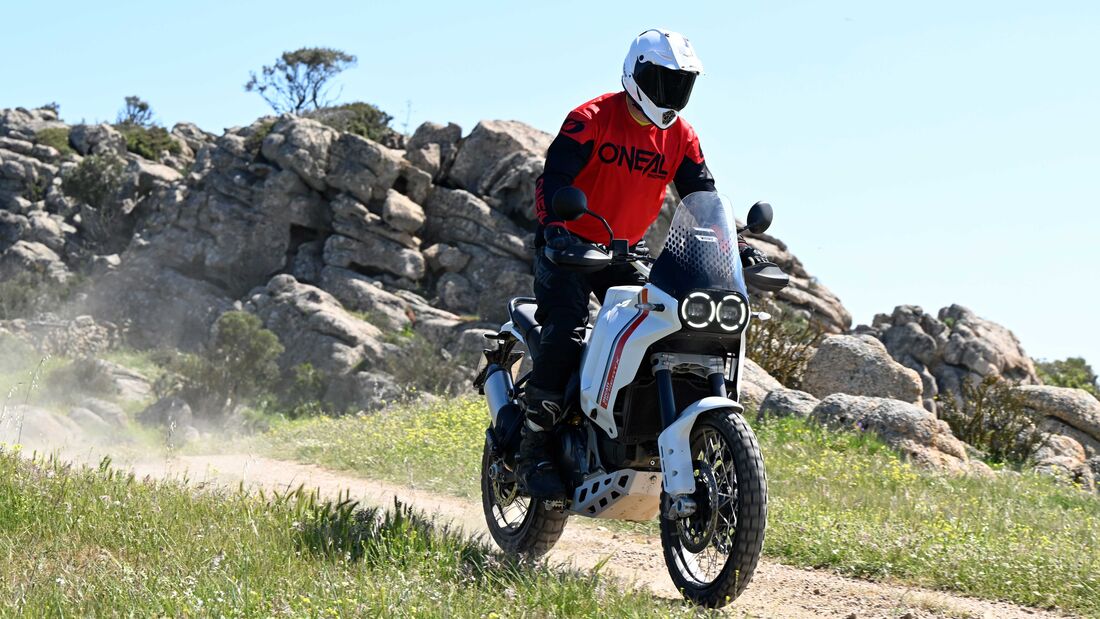 For all routes, a tried and true twin

Ducati enthusiasts will recognise the 937 cm3, 110 hp V-twin cylinder engine from the newest Monster, the Hypermotard, the SuperSport 950, and the Multistrada V2. And that speaks volumes about its roadworthiness, because this well-known, finely developed running twin, with ample flavour from below, spins joyfully and elegantly linear across the speed range. At 6500 rpm, it produces a maximum torque of 92 Nm and accelerates smoothly. The motor emphasises this on the first asphalt kilometres in touring mode, and the entire motorbike gives the impression of a very good long-distance bike on the practically bolt-straight connecting roads and subsequent expressway stage.