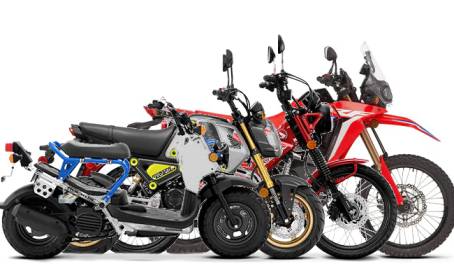 Honda, a Japanese automaker, has launched four new models for the American motorcycle market, bringing the three smaller and revised 2023 Honda Grom, Ruckus and Trail 125 models, as well as complementing the Dual-Sport lineup with the new CRF300L Rally. .

All 4 models will be facelifted to fit more American usage, starting with the Honda Grom, which will be fit according to the model sold in Thailand. Using a new engine, 125cc, 1-piston air-cooled and adjusting the new gear to 5-speed keeping the bike’s focus on driving pleasure.

And make it accessible to all genders It will be available in 2 styles, with ABS and without ABS, priced at $3,499 and $3,799. There are 4 colors to choose from including Matte Black Metallic, Cherry. Red, Force Silver Metallic and Pearl White (ABS only). 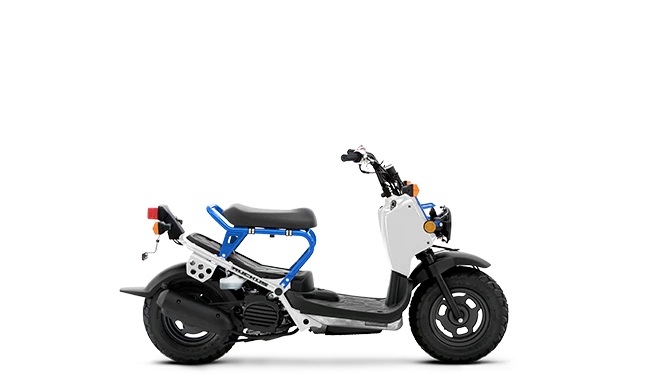 The next generation may not be very familiar to us Thais with the Honda Ruckus, a scooter that caters to outdoor enthusiasts. The bike will use an open structure. This creates a large space under the seat, like the Zoomer-X, but has more room to put things. It comes with a liquid-cooled 49cc engine. It comes with front and rear drum brakes. Sold at a price of $2,899. there are 3 colors to choose from. White/Metallic Blue, Gray and Metallic Blue/Tan.

Later with the Trail 125 or in Thailand it will use the name CT125, which is a small bike that travels the universe. It can be used on both flat tracks and trails. It is essentially the same engine as the Honda Grom, Monkey and Supercub C125 with a single cylinder 125cc air cooled engine. Version 2023 retains its color scheme. Glowing Red is the same as the previous version. It is priced at $3,999.

Finally, with the 2023 Honda CRF300L Rally, the Dual-Propose lineup builds on the standard CRF300L with additional touring accessories. Be it a front shield, hand guard, headlight grille, and a larger fuel tank. It will remain a 1-cylinder, 286cc, 4-stroke, liquid-cooled engine.

And the identity of the wire-spoked rims are not the same size, which is 21 inches on the front wheel and 18 inches on the rear wheel. An optional ABS braking system was also added. Pricing starts at $6,099 for the standard version and ABS for $6,399, and it comes in a single color option, Rally Red.