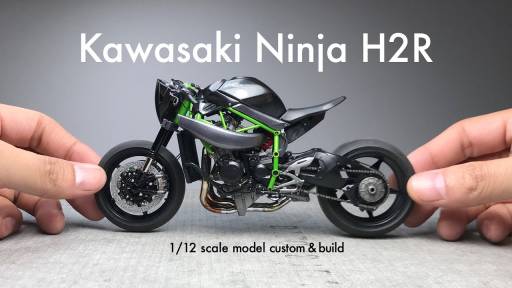 Anyone who sleeps hard, let’s take a look at the ASMR of Kota scale model that has custom made the Kawasaki Ninja H2R a Streetfighter Custom. This model is only 1/12 scale.

This kind of work requires a lot of concentration and accurate detailing. Missing even a little is immediately considered a work that is not perfect. This clip is 17 minutes long. It is a clip of the ASMR type, which stands for Autonomous Sensory Meridian Response. “Autonomic sensory responses” are examples of ASMR seen in our daily lives.

The creator did not follow the instructions that came with the box. He himself had an idea what if the Kawasaki Ninja H2R came out in the form of a street fighter, what would it look like? He also used other out of the box stuff to adapt to this 1/12 model, making an incredible difference from manual assembly.