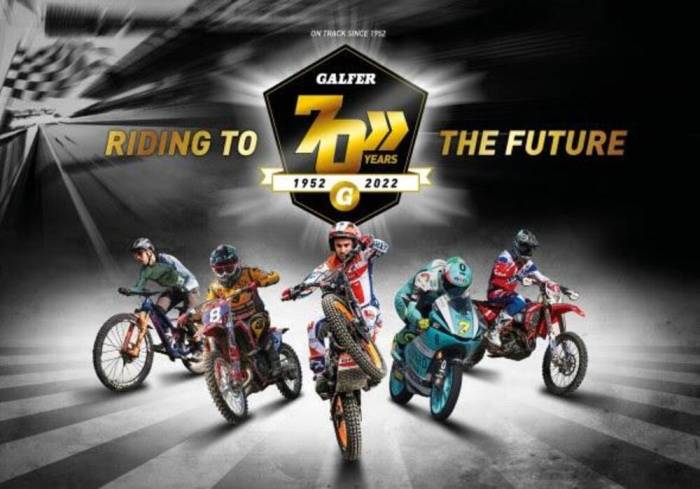 On November 2, 1952, Maffio Milesi opened the Galfer plant in Barcelona, ​​​​Spain, to supply his main customer Fiat with ultra-flexible brake linings. For the motorcycle market, Mototrans (Ducati) and Motovespa used the brand’s brake linings throughout the 50s and 60s, but in the 70s it turned to motorcycle braking systems for every model.

In the 1980s, Galfer introduced the first disc brake pads for motorcycles and earned its first global title when Alex Crivillé won the 125cc in 1989. By 1992, Galfer expanded to the United States and began producing stainless steel brake discs. undulating disc The company’s signature features have been around since 2000 and Galfer has expanded into the world.

22/02/2022 The company is celebrating its 70th anniversary with a series of 12 video episodes published on Galfer social media. Each episode celebrates racers and riders with the personal story of how Galfer products help drivers Be confident in using Glafer products.