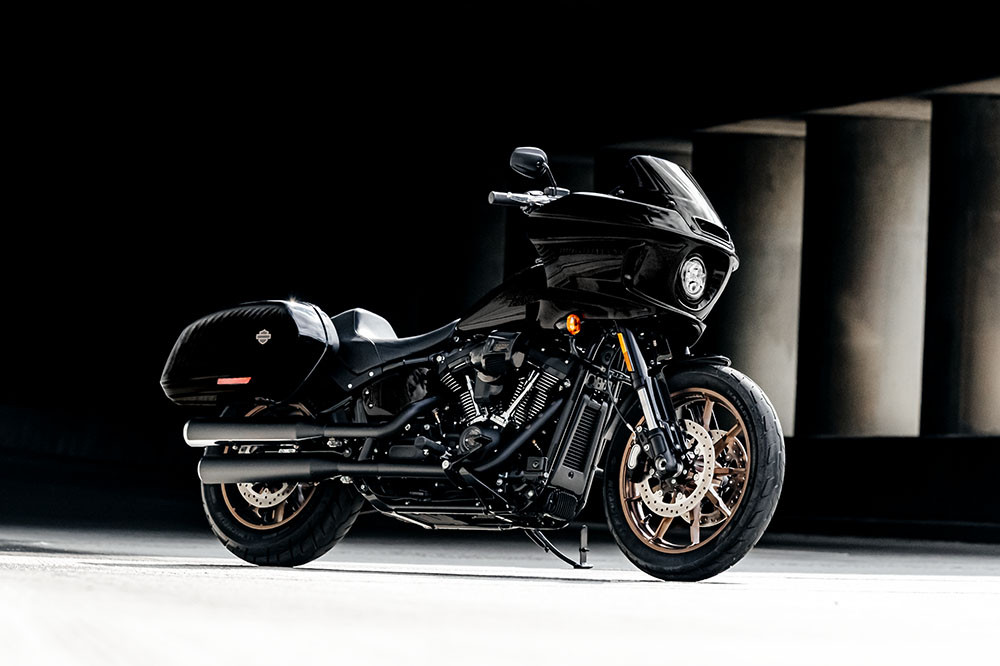 A few weeks ago Harley-Davidson Motorcycle manufacturers from the American side The updated list of bikes for 2022 has been announced, and it’s linked to special models that are set to debut in the coming days. by the new model that is about to be launched It will be a special version of the Low Rider that will come with a special body kit under the name Harley Davidson Low Rider ST “El Diablo” .

Previously, from the request for approval of documents for distribution in America and Europe Formerly known as the Harley Davidson Low Rider ST El Diablo, it satisfies two different emissions and road use requirements. Therefore, it can be assumed that this model It is not only available in markets with less stringent emission standards. But there will be a middle value that can be marketed all over the world.

Let’s take a look at the form of the bike a bit. To be honest, this special model It is very close to the standard. whether the main engine The Milwaukee-Eight 117 in V-twin form factor is 1,923 cc, producing 103 horsepower (HP) at 4,750 rpm and 125 ib-ft of torque at 3,500 rpm, just like the standard model. and the emission efficiency is the same. This means that there is no new exhaust system or any new engine tuning.

The dimensions remain the same as the standard model, with the same 2365mm length, 870mm width and 1300mm height as the Low Rider ST, meaning no changes have been made to the bodywork. 2022 Low Rider and Low Rider ST, but Low Rider ST El Diablo is the heaviest of the bunch. With a net weight of 341 kg, this is more than the Low Rider ST with fairing and saddlebags. With a body weight of 327 kg, so we wonder what the bike will have more. to increase the weight of up to 14 kg.

From the information provided by the manufacturer Accessories mounted on the Low Rider ST El Diablo haven’t been revealed yet, and no official photos of the bike have been released yet. But will reveal the real and all the details of the information In the MotoAmerica’s open race on March 10-12 at Daytona International Speedway and as part of the Daytona Bike Week lighting event, Low Rider ST El Diablo will also be running. Lead in the Warmup Laps before the competition as well.