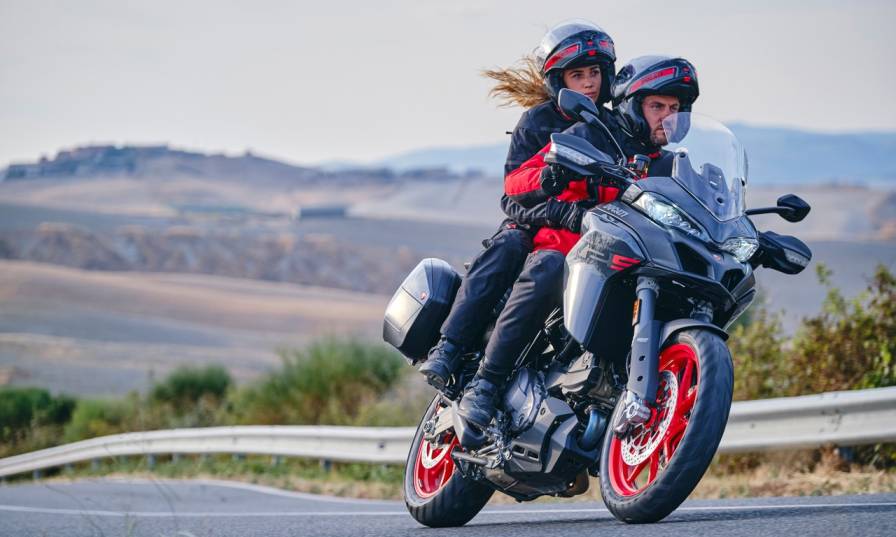 Several new models were presented during the episodes of the Ducati World Première 2022 web series . In addition to the special Panigale V2 Bayliss 1st Championship 20th Anniversary , the new Multistrada V2 , the Scrambler® 1100 Tribute PRO and Urban Motard models , the performing Multistrada V4 Pikes Peak , the new V2 and V4 SP models of the Streetfighter proposal , the advanced and powerful Panigale V4 also in S version and finally the new DesertX . A video proposed by Ducation YouTube and via social media, he remembers the various bikes and mentions other news.

Three new episodes of the web series are scheduled, broadcast on the dedicated page of the Ducati website and on the YouTube channel, where the aforementioned video “Ducati World Première 2022 – Best Of” is also visible, which summarizes the best moments of what was broadcast.

The unreleased episodes of the Ducati World Première 2022 web series are scheduled for the days: February 17th , March 3rd and March 10th .

Nine models have been shown during the events already broadcast, including in the special episode of last July 2021 the Ducati Panigale V2 Bayliss 1st Championship 20th Anniversary , a model introduced twenty years after Troy Bayliss’ first world success in the Championship. Superbike World Championship. An exclusive version of the Panigale V2 distinguished by a dedicated livery that recalls the historic Ducati 996 R, equipped with Öhlins components and sporty details.

Each episode proposed online was broadcast with subtitles in 6 languages ​​and in the period between September and December around 5 million sessions were found on the Ducati website and more than 80 million impressions on the various social channels, as reported.

During the Ducati World Première 2022 web series, the protagonist bike of episode 1 was the Multistrada V2 , a versatile model and also a new access point to the Multistrada overview. Power reaches 113 horsepower at 9,000 rpm with a peak torque of 10 kgm at 6,750 rpm. The model is also proposed in a 35 kW version. In the next episode on October 14, the new Scrambler® 1100 Tribute PRO and Scrambler® Urban Motard were presented . The first commemorates the 50th anniversary of the first introduction of an air-cooled twin-cylinder engine on a Ducati, characterized by an aesthetic reminiscent of the 1970s. It is equipped with a 1,079 cm³ engine and the power is 86 horsepower at 7,500 rpm, while the peak of torque reaches 9.2 kgm at 4,750 rpm.

The second model in the 800 family is recognizable by its sporty character. It is powered by an 803 cm³ L-twin engine, the power is 73 horsepower at 8,250 rpm and the torque reaches 6.7 kgm at 5,750 rpm. The various Scrambler® models are also available in the 35 kW variant.

Subsequently, the new Ducati Multistrada V4 Pikes Peak was unveiled , distinguishable by its gritty appearance and equipped with a defined chassis around the 17-inch front wheel. The heart is a powerful V4 Granturismo and power reaches 170 horsepower at 10,500 rpm with a peak torque of 125 Nm at 8,750 rpm. 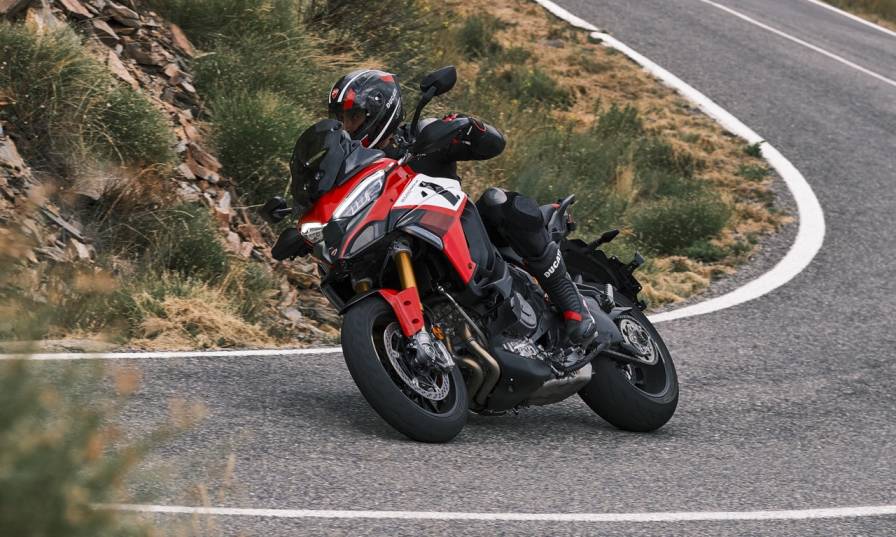 Later the new Ducati Streetfighter V2 and Streetfighter V4 SP were also introduced . The first features a chassis derived from the Panigale V2 with a high and wide handlebar, as well as a 955 cm³ Superquadro propulsive heart compliant with the Euro 5 standard. The maximum power is 153 horsepower at 10,750 rpm and the torque reaches 101.4 Nm at 9,000 rpm.

The second, in a numbered series, is recognizable by the peculiar “Winter Test” livery and is equipped with a 1,103 cc Desmosedici Stradale engine. Power reaches 208 horsepower and 123 Nm torque at 9,500 rpm.

Then it was the turn of the new Ducati Panigale V4 and Panigale V4 S , introduced in the fifth episode. Specimens with a marked sportiness that is evolved in various aspects. There are new, more compact and double-profile wing offshoots, offering an increase in efficiency with the same vertical load up to 37 kg at 300 km / h. There are also adjustable suspension solutions and functional technological systems, as well as a further evolved Desmosedici Stradale engine that appears as a stressed element. A 1,103 cm³ heart in the Euro 5 version. Power reaches 215.5 horsepower at 13,000 rpm and torque 123.6 Nm (12.6 kgm) at 9,500 rpm.

At the end of this first part, the new Ducati DesertX was introduced , a project distinguished by its essential style, advanced technological solutions and equipped with long travel suspension and wide 21 and 18 inch wheels, as well as an 11 ° Testastretta engine. 937 cm³ liquid cooled and with desmodromic distribution. Power reaches 110 horsepower at 9,250 rpm and torque is 92 Nm at 6,500 rpm. A model that can also be ordered in a reduced power version of 35 kW, as indicated.