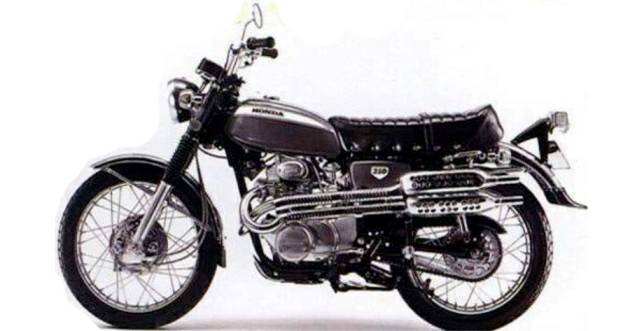 From the website young-machine.com famous Japanese media have analytical data As for the new model from Honda, it is possible that Honda will soon have a new model. That may have seen the launch of the All New Honda CL250 with a motorcycle model line. Classic-Scramble, a new version that will be a new facelift for this model to come back.

For the Honda CL250, this model has been released in the past. Which is a motorcycle model that was quite popular at that time. It was first released in Japan. By launching in the year 1968, the Honda CL250 model comes in the scramble line.

Designed for wading With the bike that looks agile in use in a variety of ways unique that comes with round headlights elevated handlebars Single-seat seats, wire-spoke wheels, raised dual exhaust pipes.

and engine specs At that time, it was rated for a 250cc single-cylinder, three-valve engine, delivering a maximum of 21 horsepower at 8,000 rpm and a maximum torque of 20.8 Nm at 7,500 rpm. Fuel is supplied with a carburetor.

Fom the analytical data of the famous media of Japan If there is any possibility for this news to be true based on analysis, for this Honda CL250 model in the near future. We will definitely see the return of the Honda CL250 in the new 2022 era!!