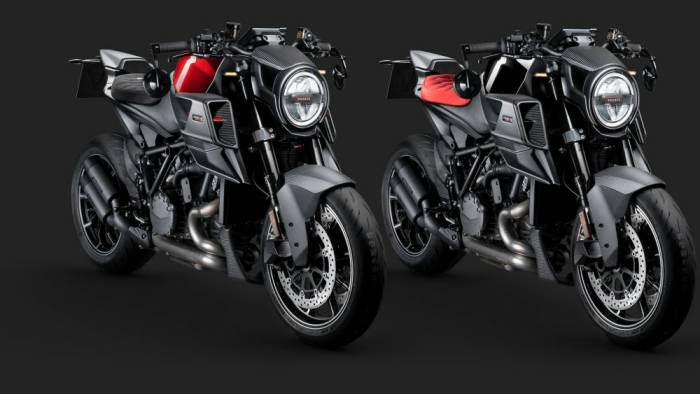 Although based on the KTM 1290 SUPER DUKE R EVO, the BRABUS 1300 R maintains its strict identity and bloodline with a collection of exclusive touches and handmade components. Lightweight Monoblock Z 9-spoke forged wheels and bespoke carbon fiber air intakes, along with a distinctive headlight and a custom-made heated seat are all reminiscent of styling cues found on BRABUS supercars.

However, it’s not only in the aesthetics where the BRABUS lineage shines true. With 180 hp and 140 Nm, it performs exactly like a vehicle brandishing the BRABUS logo should.

Brabus uses a KTM 1290 Super Duke RR as the basic model for the Brabus 1300 R. Now the Brabus 1300 R has been caught as Erlkönig. Even if the prototype looks like the long-awaited Husqvarna Vitpilen 1301, the upcoming Brabus bike is actually riding here. 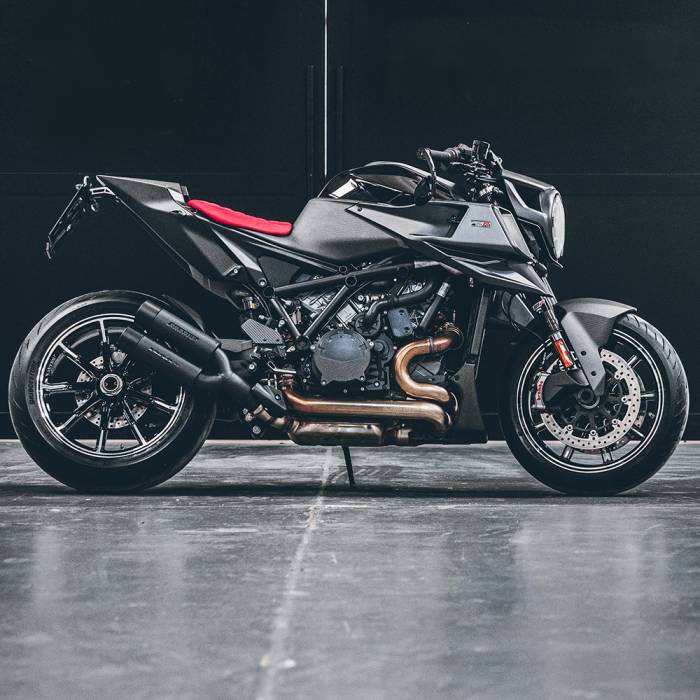 In order to distinguish itself from the basic KTM bike, the auto tuner equips the two-cylinder with a new round headlight including a small lamp mask, completely redesigns the side tank panels and also modifies the front wheel fender. You can also see a short license plate holder at the rear and a small front spoiler in front of the V2.

However, the most striking changes are in the gear train. Brabus uses a new nine-spoke rim with partially milled surfaces for the rear wheel. A new nine-spoke wheel also rotates at the front, but it impresses with its openwork spokes. The design of both wheels is based on the well-known Brabus Z Platinum Edition monoblock alloy wheel.

Brabus replaces the standard silencer with a twin-pipe muffler. The other features should include even higher-quality suspension elements from the WP shelf and another brake upgrade on the front wheel. MotoGP-style brake vents are clearly visible. 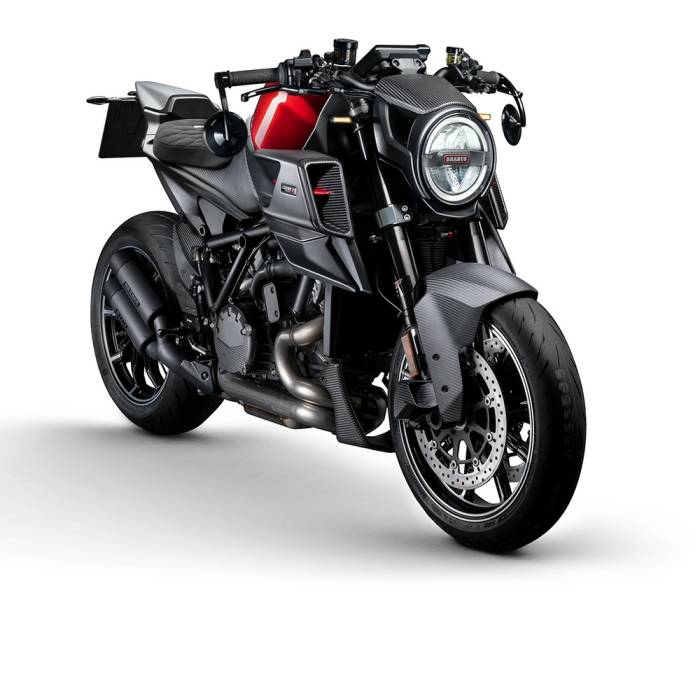 It is not yet known whether Brabus will also improve performance. The basic bike delivers 180 hp and 140 Nm torque from a displacement of 1,301 cm³, which weighs 180 kilograms. According to leaked information, the Brabus 1300 R is expected to lose another five kilograms.

And the price? The KTM 1290 Super Duke RR, which cost almost 25,000 euros and was limited to 500 units, sold out in no time at all. Those who know Brabus can expect an even heavier price. And probably also to a limitation. 77 copies are sold at a price of around 40,000 euros each. All of these questions should get their answers on February 11th at the premiere of the Brabus 1300 R.