One of the most important things to know about squirrels is that they are everywhere. Some of them even have cameras, like our secret squirrel friend who sends us cool motorcycle spy photos from time to time. For example, these particular images appear to show an unspecified Royal Enfield 650 Twin Touring variant yet under test.

This is not the long-rumored Himalayan 650, as what you see here is clearly a road bike, not a dual sport bike. Nor is it the first look at the realistic SG650 concept. If you’re expecting it, don’t worry, we are, but unfortunately we’re not here yet.

What we have here is more than 650 Twin for roaming. There is a split saddle between passenger and passenger, providing a small distance between them. The exhaust pipes run straight back down the sides of the bike, as opposed to the slight upward slope on the Continental GT 650 and Interceptor 650.

In all of the photos shown, the front and rear fenders hug the rims. Passenger footrests are wide and welcoming, almost step-like. They’re not big enough to be floorboards, but they’re definitely bigger than most footrests. 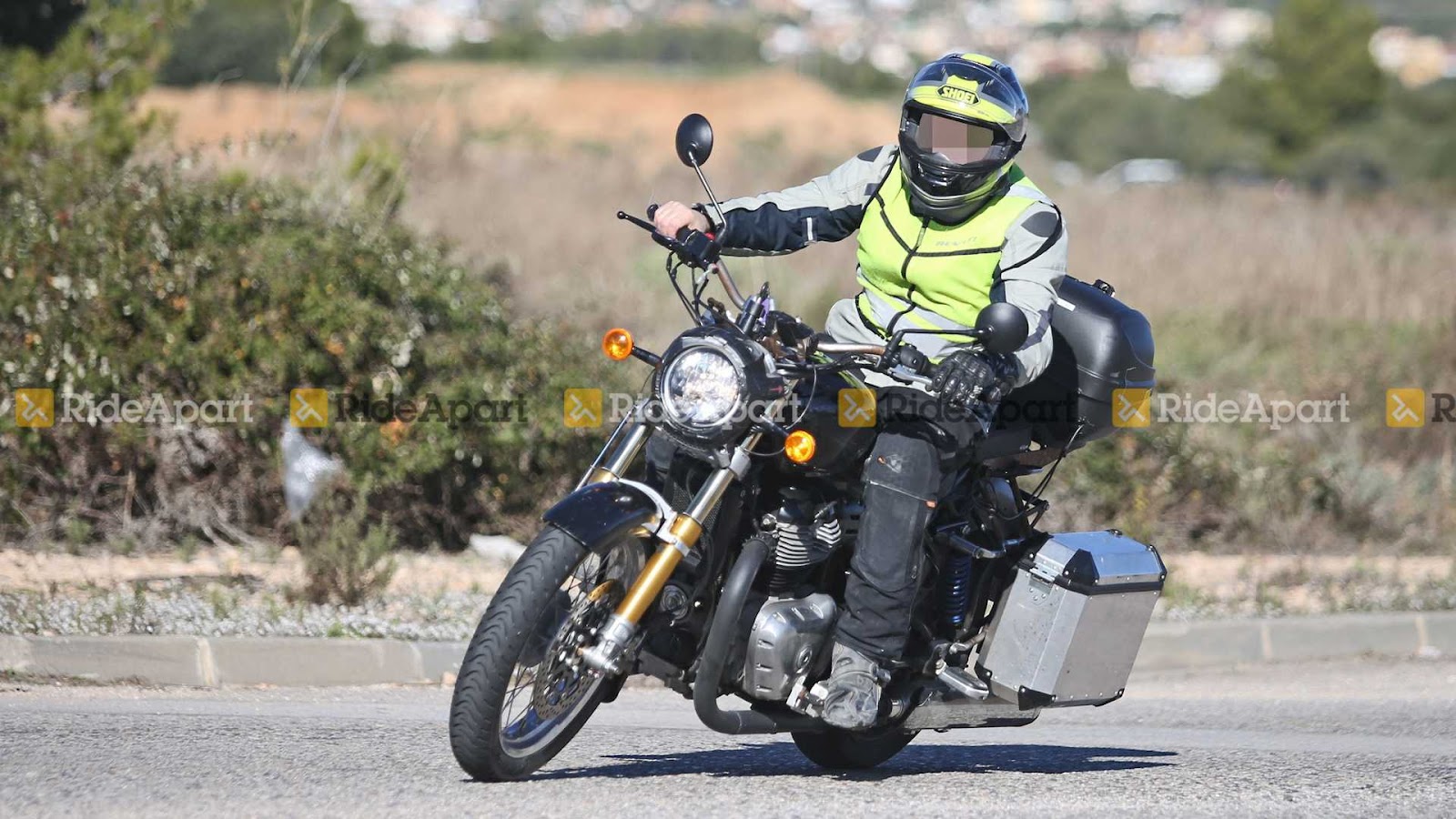 The bikes seen in this set of photos feature large aluminum side cases with Royal Enfield logos, as well as a large black plastic top case. The side cases appear to be the ones Enfield already sells for the Himalayas, although they may have a larger capacity. Anyway, the style of the Alaska Givi is the same. Also, if you’re going to add big side cases, obviously changing the exhaust makes both a practical and a visual sense.

Most of these pictures feature wire-spoke wheels and single-disc brakes, although there is a slightly different one, which we’ll get to in a bit. Also, there is no fairing or windshield visible in most of these photos, again, except for this difference.

Interestingly enough, that single image appears to represent a bike of different specs. Although some people will fit hard bags and overhead bins on a bare bike, this is probably not the best option for long-distance cycling. The featured profile adds a windshield, large chrome skid bars and auxiliary lights along the top edges of the skid bars.

Like the side cases in the other photos, these are sleek, round, not square, aluminum bags. Based on the unique viewing angle we have here, the round black case is similar to the one in the other photos. The bike also gets a set of matte dark alloy wheels instead of spoked rims.