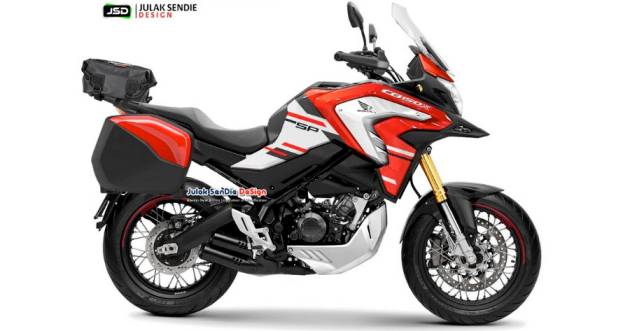 Julak SenDie Design has released a render of the special edition Honda CB150X Sport Adventure Touring. which is bringing a new motorcycle From the camp pinion like Honda CB150X to add various accessories. allowing it to travel longer distances better

For the Honda Sport Adventure Touring, wheels will be changed from the original alloy wheels to become spoke wheels. It will be more flexible to drive on dusty and dirt roads. and also has modified the original exhaust pipe from the long end to become a short end with a double pipe Change the brake discs from a wave shape to a round shape.

In addition, there is also a left and right luggage box on both sides. and rear pocket including the colors and patterns of the bike It is different from the normal version as well. Overall, it is considered very interesting for this render. 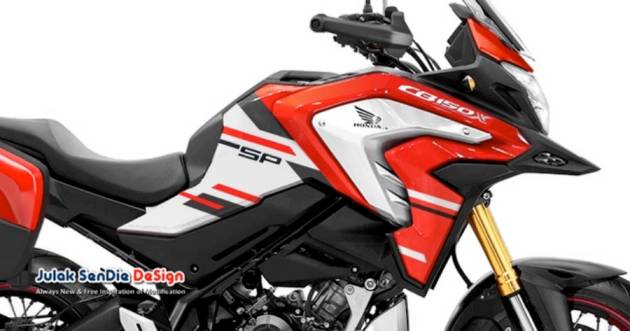 The render image that we see here It is not yet considered an official image. But the design is based on the concept of Julak SenDie Design, which is considered an interesting idea. and those who own this model It can be decorated in a similar way. Well, that’s it. As for Thailand, we may have a chance to win the launch of the Honda CB150X in 2022 next year.