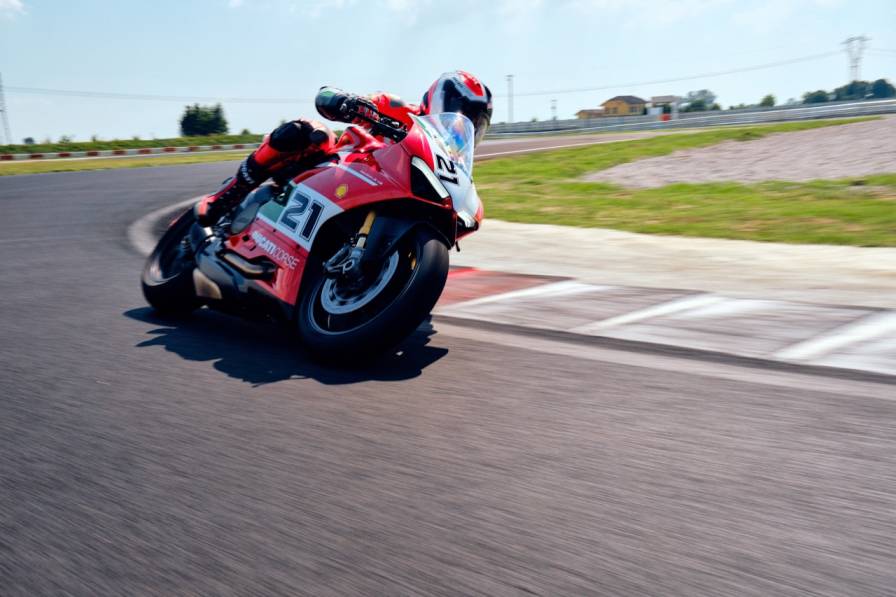 From the successes on the MotoGP tracks, with the new conquest of the Constructors’ Championship in 2021, to the desert sands faced by the new DesertX . The most significant moments of the year spent by Ducati are collected in a video proposed on YouTube and via social media.

More faces of a passion

A kaleidoscope of images and moments, passing from the circuits trodden by champions to the most evocative routes, observing a succession of new Ducati models such as Monster , SuperSport 950 or Hypermotard 950 SP .

A series of emotions, enhanced by the celebrations for young talents and for established champions such as Troy Bayliss with the special Ducati Panigale V2 Bayliss 1st Championship 20th Anniversary . Sensations that are also linked to journeys on the roads of the world on the saddle of a Multistrada V4 .

In this quick journey through the most interesting moments of the year experienced by Ducati there is also room for the most recent innovations such as the advanced Panigale V4 S distinguished by the refined look and aerodynamics characterized by new and compact wing offshoots.

Equally interesting is the new Ducati DesertX , a technological and versatile proposal equipped with high-travel suspension and wheels of different diameters, 21-inch front and 18-inch rear. The engine is an advanced 937 cm³ Testrastretta 11 °, the power reaches 110 horsepower at 9,250 rpm and 92 Nm torque at 6,500 rpm, as reported.

The electric competition prototype for the 2023 season of the FIM Enel MotoE ™ World Cup also appears quickly . A new perspective.