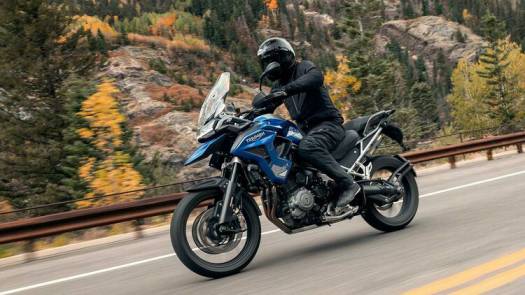 FINALLY TRIUMPH TIGER 1200 (2022 model) IN five VERSIONS let’s have a look into it.  A new engine, a new chassis, new technology, lighter and more powerful. These are the features of the new Tiger 1200. The tank capacity is 30 liters.

The old triple produced 141 horsepower and 122 Nm at higher speeds from 1,215 cubic meters. The new triple is a major step forward, sometimes thanks to a new T-crank crankshaft with an offset crank pin and a firing order of 180-270-270. A comparison with the Tiger 900 is obvious. The engine has the same firing order and offers an engine run, sound, and torque winding that is unique among the range of engine concepts. Many will miss the turbine-like running of the old triples. 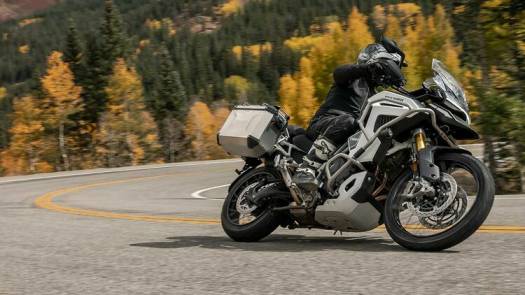 Feature number two of the well-known characteristics of the new Tiger 1200: The cardan drive remains. The new two-arm swing arm saves 1.5 kilos with its new torque support, not unlike the Tetralever of the Kawasaki 1400 GTR. The angular gear on the engine has also been redesigned and made light.

The new Tiger 1200 has become half a hundredweight lighter. The new engine, the lighter cardan shaft and the completely new chassis contribute significantly to the weight account. The new tubular frame made of steel, supplemented with aluminum plates and a screwed rear made of aluminum, saves 5.4 kilograms alone. The new aluminum tanks should save a few grams. In figures: the GT weighs 240 kilograms when ready to drive, the GT Pro 245, the Explorer GT 255 kilograms. The Rally Pro weighs 249 kilos, the Explorer another 12. 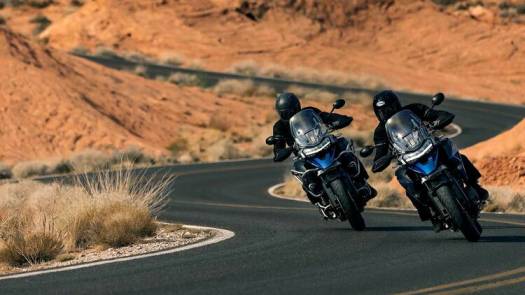 No tricks with five models

When it comes to weight savings, Hinckley does without the popular sleight of hand of simply reducing the tank volume. It remains at 20 liters of fuel, at least in the GT version, the GT Pro and the Rally Pro variant. The two Explorer versions have a state-of-the-art capacity of 30 liters. Speaking of variants: Triumph has remained true to the many variants with their clear differences in chassis and equipment. There are five in the new Tiger 1200. In addition to the basic GT variant, there is the GT Pro.

Upgraded with cruise control, main stand, heated grips, engine protection, adaptive headlights, LED headlights, automatic gearshift, hill start assist and off-road mode. The latter also has the GT Explorer, the third option with a 19-inch front wheel. This time, however, in combination with the 30-liter fuel barrel. In addition, a so-called blind spot radar monitors the blind spot on the Explorer, LED lighting shines all around and the engine is protected by crash bars. The GT Pro and Explorer also have a freely configurable mode and one for off-road driving. On top of the rally models there is also the off-road pro mode. A quickshifter with blipper is standard on board in the GT Pro models upwards, it can be reordered in the GT. The same applies to the heated grips (from GT Pro), the heated seats or the tire pressure monitoring system (Explorer only). All models have daytime running lights, the cornering lights are standard on the Pro and Explorer models, but not available in the basic GT.

So much for the “touring variants” of the new Tiger. The other equipment options are called Rally Pro and Rally Explorer. Both have 21-inch aluminum wire-spoke wheels at the front instead of the 19-inch cast rim and 20 millimeters more travel. Incidentally, all Tiger versions without exception have the new semi-active Showa chassis, while the seat height between the GT and Rally variants differ by 25 millimeters and the spring travel by 20 millimeters. The Rally Explorer also stands out from the Pro the additional aluminum fall protection on the tank and engine and the blind spot assistant. 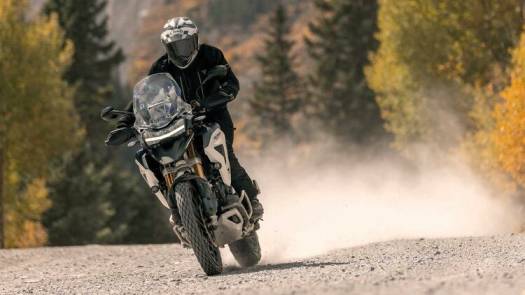 The Tiger 1200 GT starts at a good 17,750 euros, the top model Rally Explorer is available in their own garage from 22,450 euros. The color palette of the Tiger 1200, like its model selection, is wide and colorful: The GT is only available in Snowdonia White. Triumph also offers GT Pro and Explorer in Sapphire Black and Lucerne Blue.

The two rally models can be ordered in Snowdonia White, Sapphire Black and Matt Khaki. As is now common with Triumph, there are 16,000 kilometers of inspection intervals, the guarantee is 2 + 2 years for models purchased in Germany. The new Triumph Tiger 1200 will be available from spring 2022.