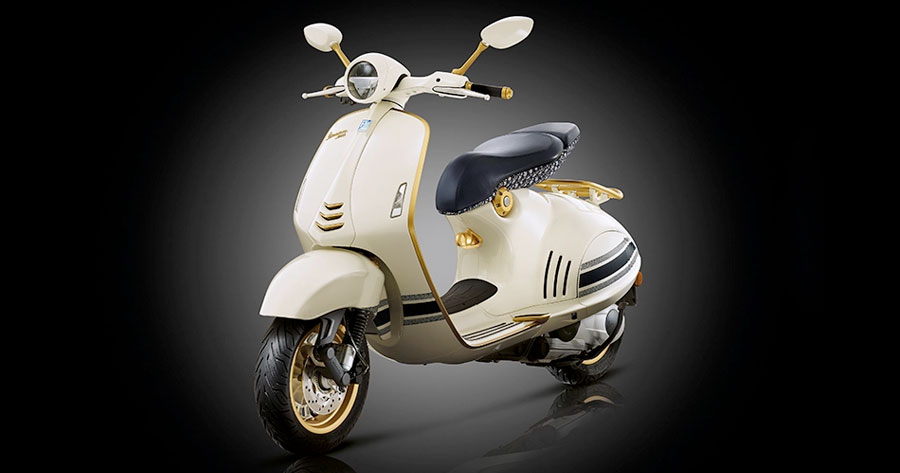 Piaggio unveils the legendary Vespa 946 Christian Dior. which was officially launched in Indonesia The model is a collaboration between Piaggio and designer Christian Dior, using the number 946 as the nameplate. used to refer to the year 1946 for the first time For the launch of the legendary Italian Vespa itself. 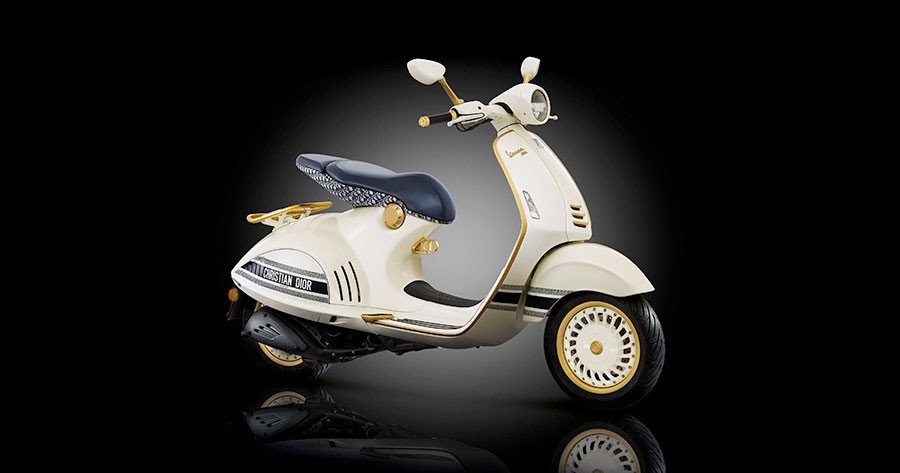 Vespa 946 Christian Dior The engine of this scooter It is a 150cc 3V air-cooled injection engine. that has a new design and comes in a concept that provides the ultimate luxury Both on the body made of steel and aluminum material that gives a gloss The fenders and end caps have a graphic pattern. redesigned including other elements to use a satin gold tone that adds beauty and luxury perfectly. 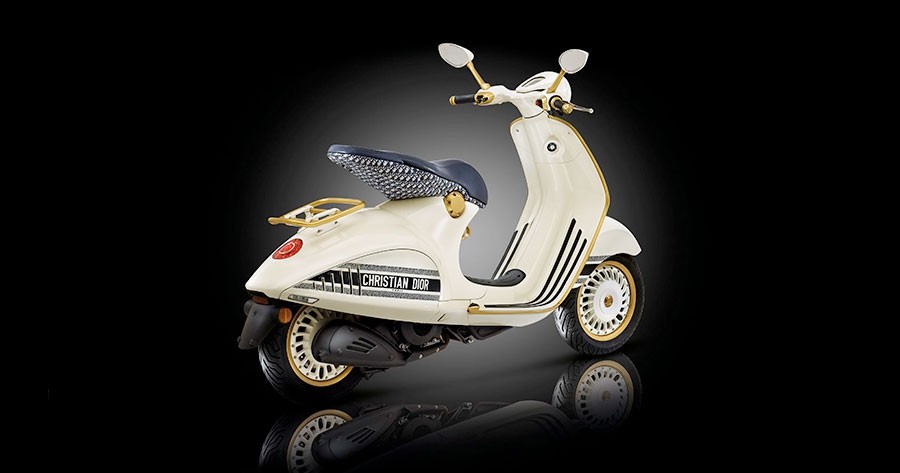 For Vespa 946 Christian Dior in this special edition. The launch price is about 1,094,000 baht, which is considered a high-priced and valuable model, suitable for use or to collect.