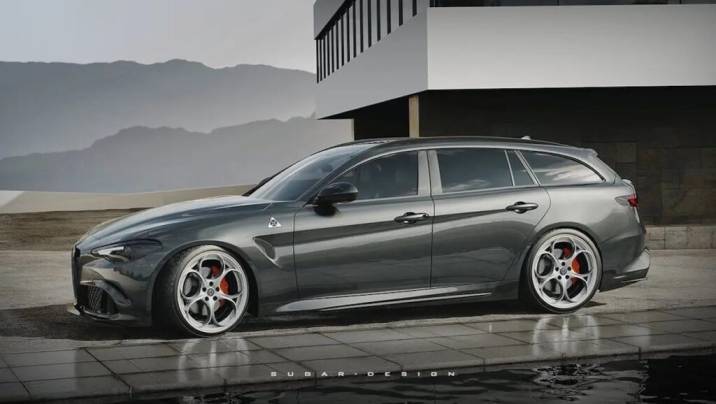 In recent weeks the new head of Alfa Romeo, the managing director Jean-Philippe Imparato has confirmed that a second generation of Alfa Romeo Giulia will be made. The car, however, will return to the market only and exclusively in a fully electric version. This is because the Biscione will have already totally electrified its range for its debut. What many are wondering is whether at that point it will also be possible to see an Alfa Romeo Giulia Sport Wagon .

Although in the first generation of Giulia, the Station Wagon version was missing, there are still many admirers of such a model today, who hope for Alfa Romeo to rethink.

At the time it was Sergio Marchionne who said that there was no longer a market for this type of car. In reality, however, these types of cars are still very popular in Europe. Just think of what happened with the Opel Astra which just today presented the Sports Tourer version .

The Stellantis group does not seem to have prejudices about this type of car and therefore according to some analysts the hypothesis that an Alfa Romeo Giulia Sport Wagon could also arrive with the second generation of the sedan does not seem such a crazy hypothesis.

Here we propose one of the latest renderings that have been made to hypothesize Alfa Romeo Giulia Sport Wagon made by Sugar Design. Obviously the car would be practically identical to the classic version of Giulia in the front while it would change completely sideways and rear, where of course we would find the classic design of a station wagon.

Engines, equipment and platform would be the same as the second generation of Giulia. They would probably only change the dimensions, which in this case would be slightly larger than the sedan. As well as the capacity of the trunk.