In summer 2020, trial champion and hardenduro rider Pol Tarres raged spectacularly through the terrain with a standard Yamaha Ténéré 700. Then Tarres had a T7 made to measure. What he can do, he shows in The Seeker II. 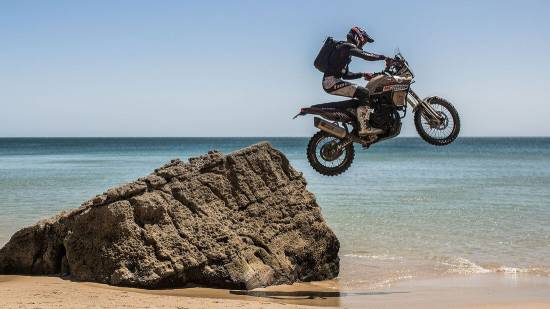 Tarres has been running a sequel since November 2021. In order to be able to stage the Yamaha and himself even more spectacularly, he had his newly founded Trece Racing Society team build a very special Yamaha Ténéré 700. Of course, it shines with even more off-road capability and much less weight.

In total, the Yamaha lost around 15 kilograms. The lost pounds are mainly due to the abandonment of attachments that are not relevant for Tarres: For example, the entire ABS system has been removed. The standard exhaust is replaced by an Akrapovic system with a titanium manifold and carbon muffler. Numerous screws have been replaced by titanium components. The built-in crash bar – yes, even a Tarres trusts something like that – comes from the accessories supplier Outback Motortek. 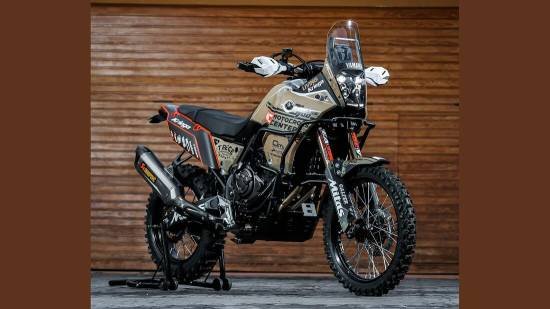 The aluminum engine guard and the steel guard for the deflection of the shock absorber are custom-made. The hand protectors come from the free market. For the coarse tires, Tarres reaches into the Mitas shelf. The brake pump comes from Magura. In the previous development stage, the Ténéré relies on optimized series spring elements. The team is already suggesting an upgrade to new components.

The new look is rounded off by a special paintwork and a special graphics kit. Fans can also order the latter for their Ténéré at a price of 185 euros from livingthisbikelife.com. 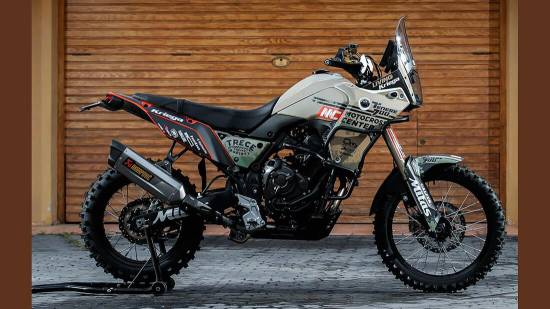 Tarres now presents the new Ténéré in action in “The Seeker 2” which was filmed in Portugal. The locations include mountains again, of course, but also the beaches of the Algarve. Tarres shows what was going on on his YouTube channel.

Trial champion and hardenduro rider Pol Tarres is an exceptional talent on the bike. On a Yamaha Ténéré, the 28-year-old shows what’s possible when you can. Our tip: enjoy, but don’t imitate!