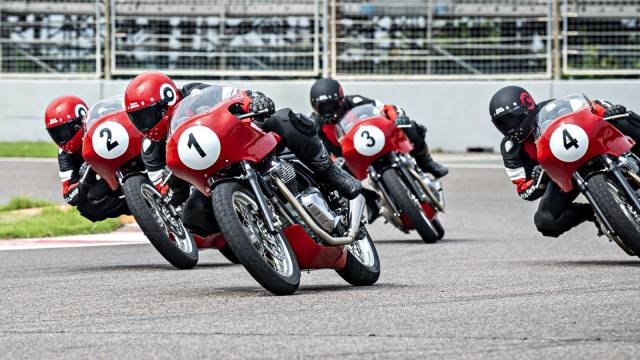 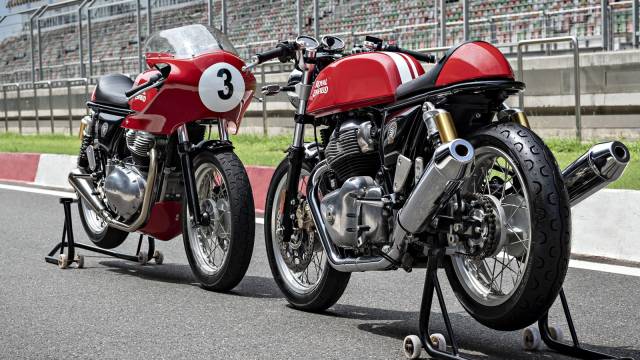 The GT-R650 ‘s name is based on the Continental GT 650, the company’s best cafe racer, recreating it as a race bike that can run on the track. The basic engine of the Continental GT 650 engine with 2 -cylinder, SOHC 4 -valve / cylinder with 648 cc cooling Oil cooler with a maximum power of 47 hp at 7,250 cycles / min with maximum torque of 52 Nm at 5,250. r / min Fuel injection system, 6 gear transmission, Slipper Clutch Frame Twin Cradle, Tubular Steel Frame 24 degrees rear tilt TCI ignition system.

The camp itself has raised a new upgraded engine that can run for a longer time. Reduce the heat problem and most importantly, the revs of the Royal Enfield 650 engine will have a fast cutting cycle. The camp has corrected this before putting it into a new suspension, whether it’s the brake system or the suspension has been changed to have better support in the field. The driving position has changed completely, with the designers Harris Performance customizing the chassis to be sporty. lower seat and raised footrests for a more sporty mood. 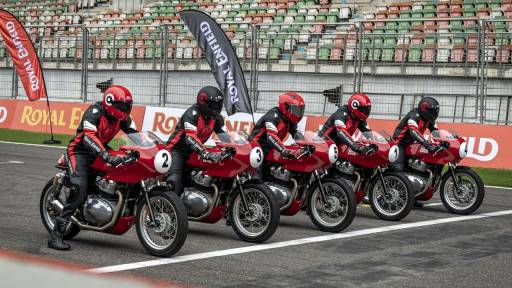 The team also has said that the GT-R 650 is still a traditional bike factory, it does not change much. The exhaust system is still stainless traditional Royal Enfield claims that the transmission of up to 12 percent, and it can also generate horsepower, up from the original 3 is a 50 horsepower considered an interesting bike and rushed the field to have fun one. The Continental GT-R650 also comes in a bright red shade with white trim on the front and body. The fairing is a retro race bike or Cafe Racer.