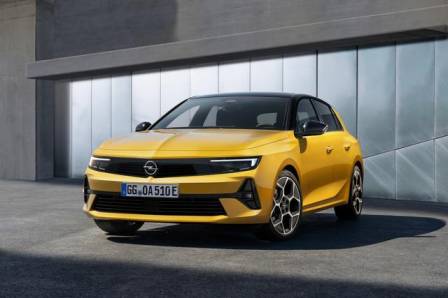 The new Opel Astra is certainly one of the most important innovations that the German car manufacturer has brought to the market in the last year. It is a vehicle that compared to its previous generation has been renewed in many respects. In a video, the Stellantis group wanted to highlight that the sixth generation of the famous Opel model was created to thrill its customers from the very first glance.

Opel’s first goal when this car was designed was to create a car that was a real design object. This of course not only as regards the bodywork but also in reference to its interior. Ilka Höbermann, Opel Color and Trim Designer, in a new video that appeared on YouTube in the past few hours, wanted to explain the style of this car and how the new Opel Astra has become a sort of manifesto of the new Opel style that the house German also intends to implement it in its future models.

What the designers wanted to give to the new Opel Astra was a design that could make you think first of all of a car ” Made in Germany “. Obviously central to the new model is the new Opel Vizor which, like other recent cars such as Mokka , Grandland and Crossland, represents a fundamental element in the new Opel style.

The new Opel Vizor as it was conceived gives the new Opel Astra a very dynamic appearance also thanks to the very inclined C- pillar. Ilka Höbermann said that for her made in Germany means a car with clean and pure lines combined with technological elements. The secret behind the development of this car was to find the perfect harmony between the elements.

The team of designers has also developed the yellow color we have seen in all the promotional images that guarantees boldness and vivacity to this car Opel . Particular attention has been paid by the designers to the cockpit and in particular to the driver’s seat which has been placed at the center of everything and has been equipped with a completely digital instrumentation that surrounds the driver.