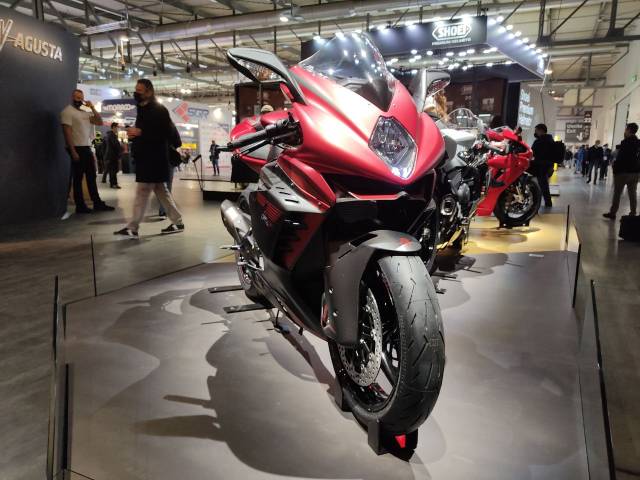 An example of refined performances. The MV Agusta F3 RR , a new result linked to the company’s sporting experience, can be seen at the 78th edition of EICMA , the International Two-wheeler Exhibition.

An evolution that concerns aerodynamics, electronics and mechanics. The model is proposed in the chromatic variants composed of: glossy white / glossy red and matt red / metallic dark gray . You immediately notice the appendages associated with a package that also includes a more raised windshield, a new fender and a carbon fairing part.

The appendages are made of carbon fiber and contribute to the accumulation of a load equal to 8 kgon the front zone at 240 km / h (the maximum speed indicated), according to the information. Also noteworthy are: footrests that allow greater grip, a new non-slip coating for the seat and a rear circle with a specific design developed through a fusion process that saves weight and inertia, respectively by 7% and 10% . 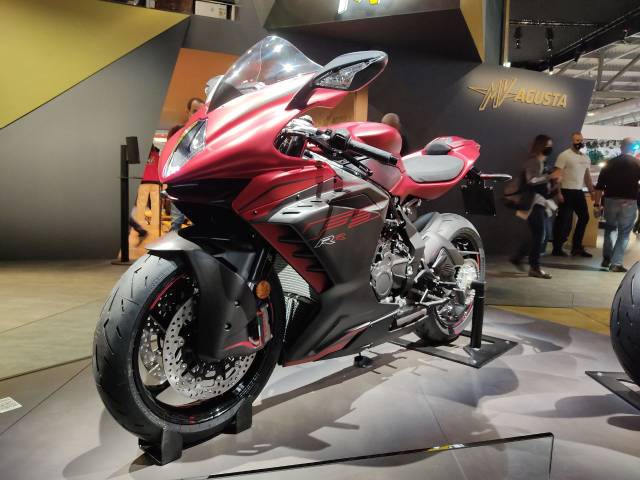 The motorcycle is equipped with a framework of instruments type TFT by 5.5 inches with which it is possible to interact through the commands present on the new blocks linked to the handlebar, the mirroring function and application MV Ride.

Also present is a new IMU inertial platform , developed exclusively by e-NOVIA, functional in the operation of solutions such as traction control and front lift control (FLC) for wheelie management.

Also proposed is a Racing Kit, a set that includes various components made from solid, a dedicated control unit and an Akrapovič exhaust terminal that accentuate the performance of the model against a lower dry weight from 173 to 165 kg, as indicated, as well as to a seat cover to define a single-seat configuration. The wheelbase reaches 1,380 mm and the seat is present at a height of 830 mm .

Other interventions concern the redefinition of the frame plates, a tubular trellis structure made of steel, evaluating the attachment of the swingarm with the implementation of the rigidity and consequent specific setting of the suspension part composed of an adjustable Marzocchi “Upside Down” front fork with a diameter of 43mmand a 125 mm travel , therefore a Sachs rear single shock absorber always manageable with 130 mm wheel travel . 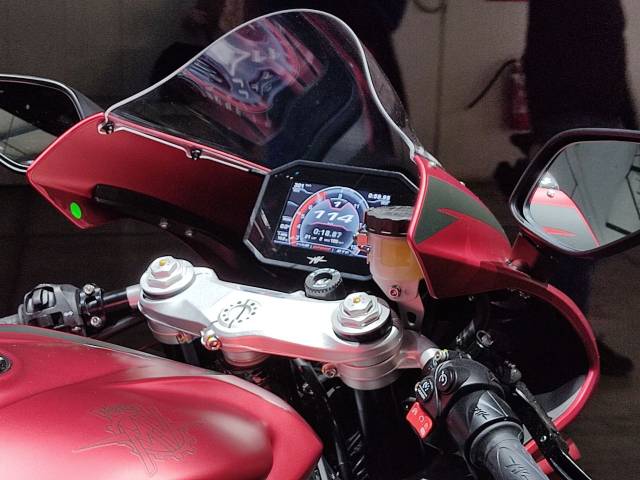 The new MV Agusta F3 RR is equipped with an advanced 798 cc three-cylinder engine , a four-stroke unit compliant with Euro 5 regulations . New main bushings are mentioned as a function of reducing friction, new valve guides and DLC treatment for the cups, in addition to other interventions and a redefined exhaust system. There are also innovations connected to the clutch and gearbox with a strengthened bell and the presence of a third generation EAS 3.0 quick-shift solution.