Together with the ATV range , CFMoto will also introduce two-wheeled models at the EICMA event . Various novelties are expected to be admired at stand N52 , hall 13 .

Among the examples highlighted, the 700CL-X range is mentioned with the Heritage version already in delivery and, at the fair, also with the Sport and ADV variants . The Sport is equipped with handlebars, a double Brembo disc and features road tires; while the ADV model features spoked wheels and knobby tires. The engine is always a 693 cc displacement with 75 horsepower (55 kW) and various details change. Further information is expected during the press conference scheduled for Tuesday 23 November 2021 at 5.40 pm at the stand. The International Two-wheeler Exhibition will be open to the public from 25 to 28 November 2021.

Moving on to the CFMoto 800MT range, there are two versions: the Touring proposed in Midnight Blue and the Sport in Nebula Black. Details will be highlighted during the press conference. 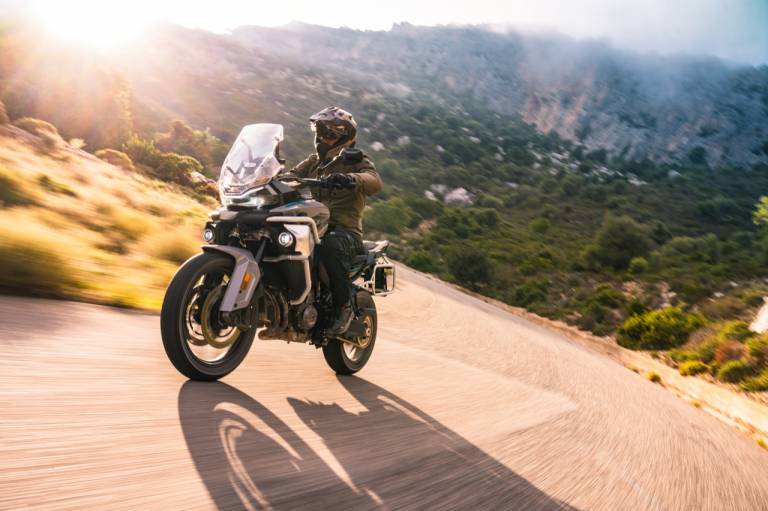 Also awaited in the spotlight is the panoramic NK MY2022 edition , with CFMoto 300NK and 650NK proposed in the updated versions, then the ATV / SSV range, imported in Italy by Imex, with the various CFORCE 450 MY2022, CFORCE 520L MY2022, CFORCE 1000 OVERLAND MY2022, UFORCE 600 and two new models for the youngest, two YOUTH ATVs in a traditional propulsion version and in an electric configuration.

Finally, in a world premiere, a new sports car with fairing and a concept will be introduced that suggest the developments of CFMoto in the segment.