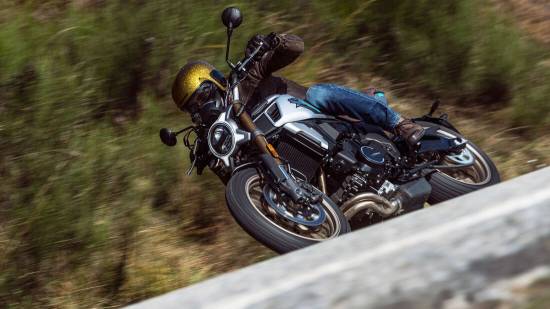 From the ambitious CFMoto brand, cool, casual and pretty high-quality products now come from China. The CFMoto 700 CL-X Heritage is the harbinger of a whole model offensive. Something is coming up.

The CFMoto 700 CL-X Heritage carries a message, a statement: “The motorcycle industry from the Middle Kingdom has learned a lot.” Horror stories of poorly crafted hardware store trolleys that drove mechanics mad in droves have stuck in the collective memory of motorcyclists. Well, we need to rethink. Because the chic Scrambler 700 CL-X from the ambitious CFMoto brand is different. Completely different. CL stands for “Classic”. But this China bike looks as fresh as the morning blossom.

It’s a really crisp motorcycle. The appearance of the material, attention to detail and the surface finish (brushed aluminum panels in front of the tank) are right. The free-floating rear, the cool Pirelli MT 60 RS studded tires and the license plate holder mounted on the swing arm plus a short exhaust with refined slits on the top are more familiar from expensive custom bikes. Does KTM know-how already shimmer through here? More on this in MOTORRAD 25/2021, available here from November 26th, 2021 . 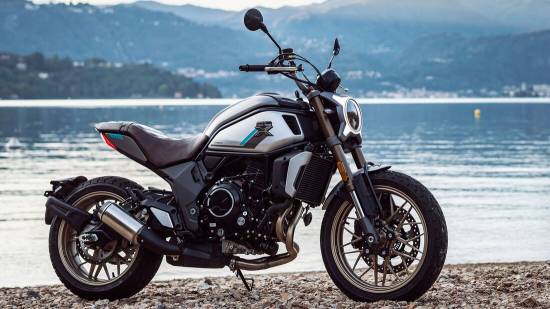 You feel at home straight away:

Well, there is a reason for chic and elegance: An Italian design studio also had a hand in this. All-round LED lighting is a matter of honor. The round headlights with X-shaped daytime running lights have a characteristic effect. The X motif continues into the rear lights. It is supposed to symbolize versatility.

Well then, nothing like it up. The driver’s compartment of the stylish bench is comfortably wide at the rear. At the same time, the front, in the transition to the tank and side covers, is nice and narrow. Even smaller people can safely get both feet on the ground on the CFMoto 700 CL-X Heritage. The wide, butted aluminum handlebars rise in the opposite direction and are perfectly at hand.

The CFMoto 700 CL-X offers a great overview not only in the urban jungle and conveys a lot of trust. If you immediately feel at home on a motorcycle that you hardly know, then a lot has already been said. And the ergonomics are obviously successful. This motorcycle will pick you up. The 693 cubic twin grumbles nice and discreet when idling. But growls like Cerberus the hellhound when accelerating from the airbox. 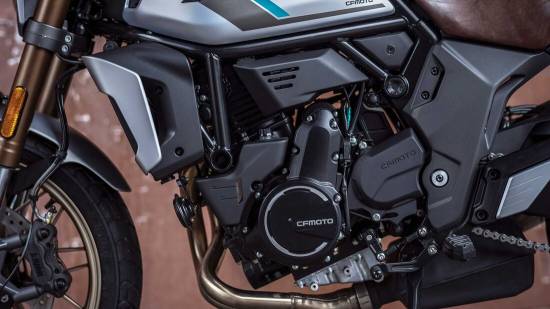 Rumor has it that its basic features are based on the engine of the Kawasaki Z 650. Four millimeters more bore pumps it up to almost 700 cubic meters and a full 70 hp. Below a speed of 50 or 60, the engine jerks in sixth gear. The recently driven twin of the Kawasaki Z 650 RS looks a bit livelier in the memory: more elastic on the bottom and more easy to turn on the top. After all, the China twin spoils with easily controllable performance. Its mid-speed punch fits.

At 100 km / h the moderately readable tachometer reports and 4,500 tours. Nice and light, with just two fingers you can pull the cable pull coupling. The throttle response from overrun mode is not yet ideal for this prototype, which is already close to series production.

The wide handlebar offers a large lever arm. So it supports easy, fluffy folding down in an inclined position. In the same, the lightweight 700 – CFMoto says it weighs less than 200 kilograms – pulls its course quite neutrally. KYB’s upside-down fork and shock absorber are fully adjustable, commendable, commendable. In any case, the suspension comfort is okay for now. 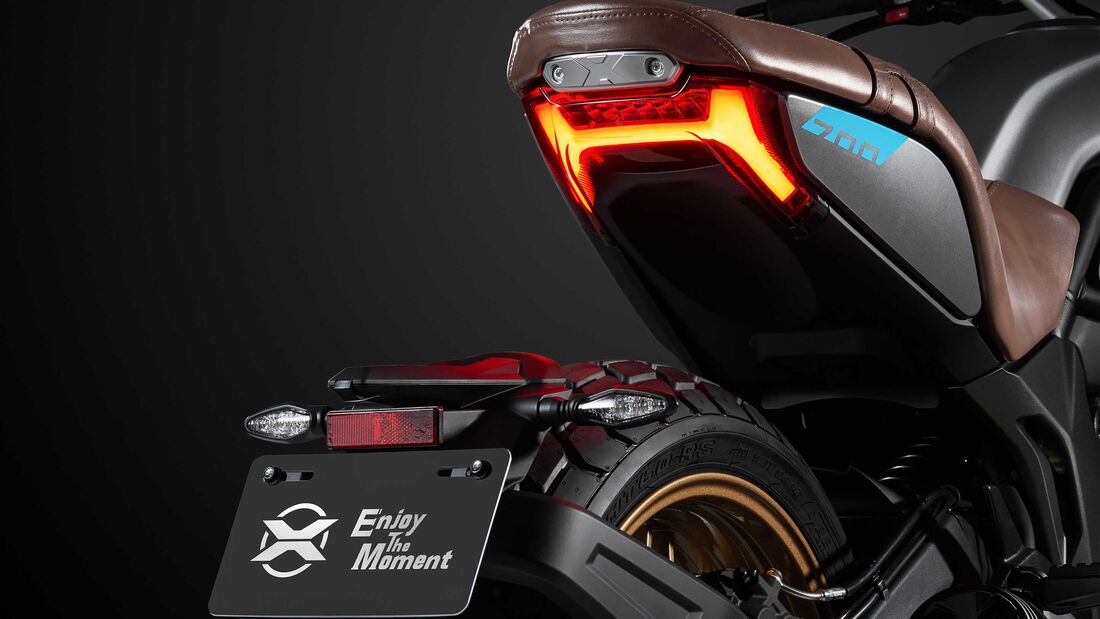 Don’t forget: the medium-sized tires support this with their very high level of self-damping from their tread blocks. You go on happy trips on gravel roads, after all, he’s a scrambler. On the other hand, they offer enough grip on dry asphalt to soon let the pegs scratch over the tar.

For optical reasons, the 700 comes with only one brake disc. The four-piston stopper, for example, needs a lot of hand strength when biting the individual disc. At least there is decent support from aft. The on-board computer in the central organ is only moderately well equipped. Both hand levers are adjustable and a cruise control is on board. 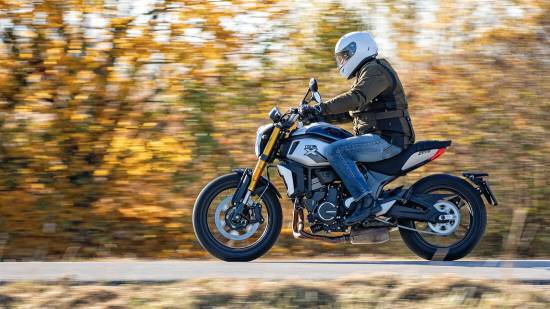 All of this was targeted for a purchase price of around 7,000 euros. But it remains to be seen whether this cheap offer can still be kept from February 2022 in times of the container and semiconductor crisis. In addition, a sleek Café Racer is to follow – the 700 CL-X Sport with double disc, handlebar end mirror and stylish hump seat. An “adventure version” is to come for gravel fetishists. Quasi as the smaller sister of the great travel enduro 800 MT.

The message is: China can also be cool. Quality is now added. If the price can be kept and the CFMoto 700 CL-X Heritage is available on the market next season, you have to expect it.