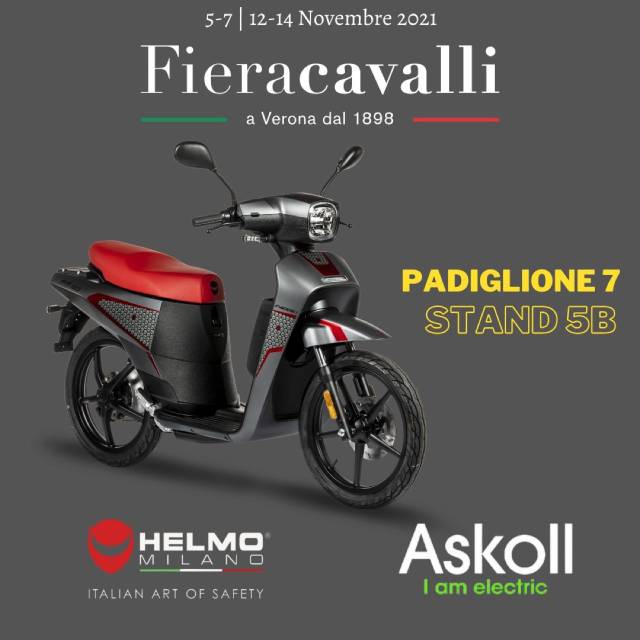 From 12 to November 14 it is expected to Verona a new appointment Fieracavalli , interactional event in which the protagonist is the horse riding. On the occasion, three Askoll NSG3 by Helmo Milano specimens will be visible , two of which with unpublished graphics, as reported.

Askoll EVA Spa takes part in Fieracavalli as a sponsor and has given away a scooter for the winner of the Italian stage of the Longines FEI Jumping World Cup ™ obstacle test, as reported.

The Askoll NGS3 by Helmo Milano scooter represents an interesting and refined novelty in the panorama of electric two wheels, considering both the Askoll brand engaged in electric mobility and Helmo Milano, a specialist in the development of refined helmets. An exclusive technological electric vehicle characterized by a recognizable and distinctive style. 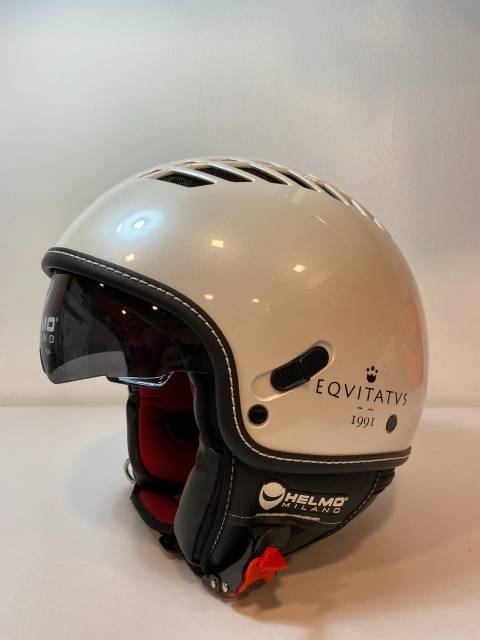 An international designer such as Rodolfo Frascoli was involved in defining the look, who defined the graphics and approved the appearance of the limited edition Askoll NGS3 by Helmo Milano scooter. Only 999 units are expected and, as mentioned, the customer who buys an example also receives a Helmo Milano 4 Seasons helmet in the same shade as the vehicle.

At the Askoll stand, in hall 7, there will be an exhibition of four vehicles, as well as three examples of the Askoll NSG3 By Helmo Milano model . Two of them with original graphics in feminine shades, again conceived by the designer Rodolfo Frascoli. An anticipation of any new liveries, as suggested.

On the occasion of Fieracavalli there is also a special promotion reserved for those who buy a scooter directly at the fair. Buyers will receive a Helmo Milano 4 Seasons helmet with the Equitatus logo and an Equitatus sweatshirt as a gift.