Larger display, new navigation system, Euro 5, lighter rims and sports tires are the key data for the model update of the 1290 Super Duke GT for 2022. 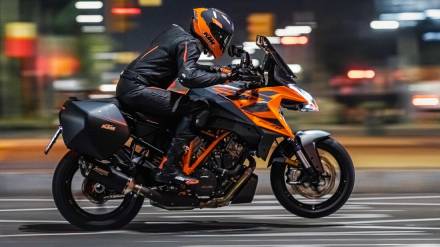 The new rims of the 1290 Super Duke GT should save almost one kilogram of weight , according to the press release on the GT facelift in 2022. The aluminum rims are the same as in the current Super Duke R. KTM leaves open how much “almost one kilogram” is exactly . Effect: fewer unsprung masses and, in the best case, better handling. The new rounds are upholstered with the Sport-Attack-4 from Continental and underline the origins of the Grand Turismos in thick black. The other updates for 2022 are limited to comfort in the driver’s saddle. 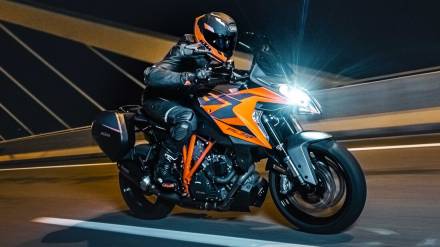 KTM has enlarged the TFT display to a seven-inch diagonal for 2022. In the half-inch more, there is space for a new navigation system with arrow displays, which can be operated directly from the cockpit and which saves the last ten destinations in the on-board system. Reaching for the paired cell phone with the navigation software is a thing of the past.

To match the new display, KTM is installing new, illuminated switch units with joystick on the 2022 GT, known from the current Super Duke R models. The old counter is retiring. 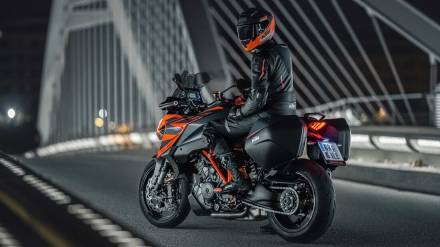 KTM is updating the 1290 Super Duke GT minimally for 2022. New rims, new cockpit, new switches and Euro 5 are the main changes. KTM has not yet announced a price for 2022, but the few changes should not increase it significantly.