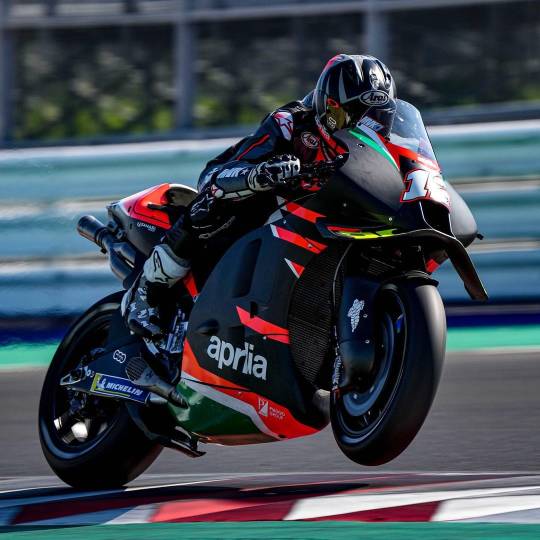 The past couple of weeks have seen Maverick Vi*ales go through quite possibly the most harrowing roller coaster ride of his life. Due to what happened to the Spanish rider during the Styrian Grand Prix in the Red Bull Ring, he was thrown into the spotlight for all the wrong reasons, and has been a topic of discussion among racing fans ever since.

Vi*ales has been suspended from Yamaha following what was determined to be “irregular operation” of his YZR-M1. Video of his behavior onboard the machine was uploaded, and it clearly showed the Spanish rider hitting the limiter a few times, and riding several seconds off the race pace. As you can imagine, this did not sit well with the Japanese manufacturer, resulting in their suspension of Vi*ales. Both parties agree to terminate their contract immediately following this suspension, which would turn out to be permanent.

Fortunately for Vi*ales, and being as skilled and seasoned a racer as he is, he was immediately taken in by Aprilia, with a deal to move to Noale on the horizon for several weeks prior. It appears that his debut aboard the Aprilia RS GP will be at the end of the 2021 season, rather than the start of the 2022 season. During testing in Misano, Vi*ales got a first taste of the Aprilia RS GP, with practice sessions slated for August 31 and September 1, 2021.

Vi*ales expressed his excitement about his first day aboard the new bike on his Instagram account by writing, “First day of testing done!”. Feelings great, I want more!It is not clear yet when Vi*ales will debut on the RS GP as Aprilia has noted it is not rushing Vi*ales into a race. The Spanish rider has had a nightmare season in the past few races, but things are starting to look up for him now. I hope he can ride out this wave of positive energy until the end of the season, and beyond.

Triumph Motorcycles is ready for MXGP and MX2 competition.

Excelle has launched the 450 Rally, a new model for wading lines!

Supercross and Motocross Rider Numbers for 2023